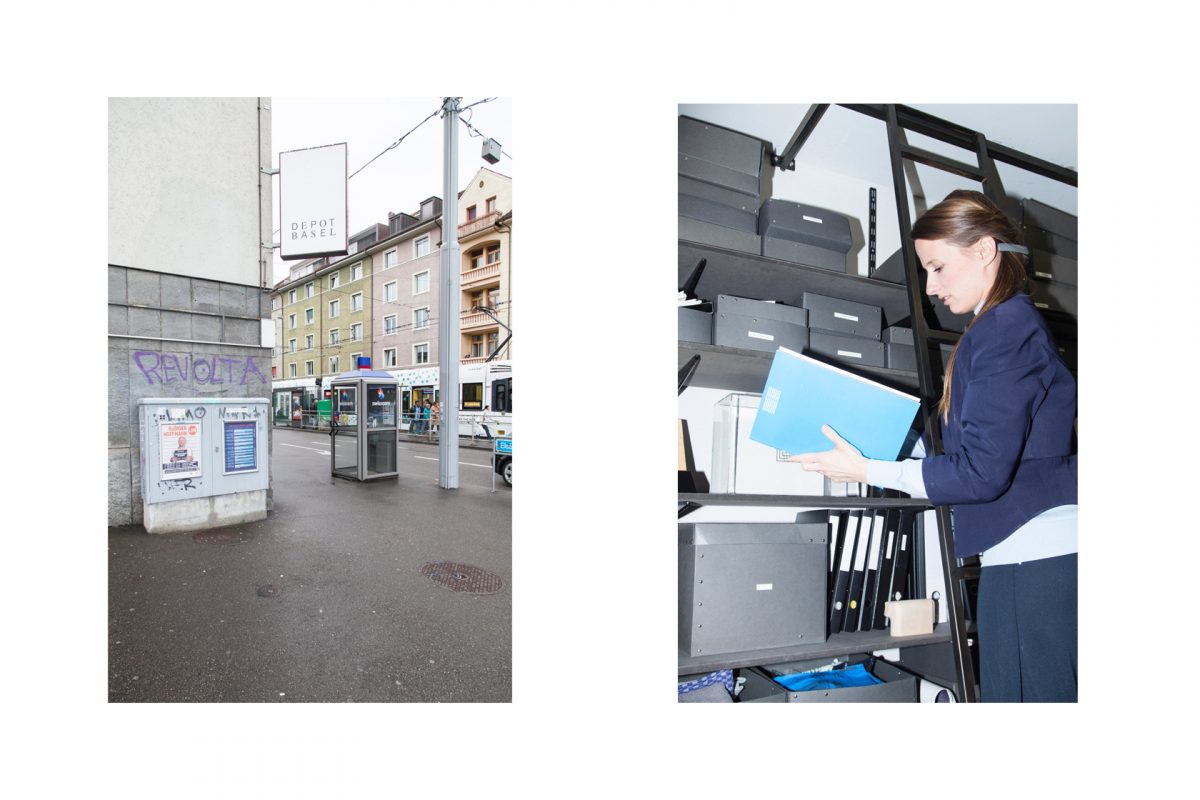 Under The Line begins series of interviews and meets some of the participants in the international festival for contemporary design and visual culture – ONE DESIGN WEEK 2016.

The curator of One Design Week – Raya Stefanova chose to interview Matylda Krzykowski. In 2013 Raya was impressed by Matylda, because of her different approach to design – she is designer, curator and co-founder of Depot Basel – a place for contemporary design in Basel, Switzerland. Raya was an intern there and the time spend in Depot Basel led her to the decision to start working for ONE DESIGN WEEK.

“That’s why Matylda was my first choice to begin these series of interviews and I was eager to ask all the questions I’ve always wanted to ask her, but never really got the time to do it.”, said Raya.

Can I help you, Matylda?

I would like you to ask how you can help me when there is a need to help. The question then offers  a method, and not only a generous offer. We need to be more specific in the overwhelming period we are in.

Can you describe your practice to the Bulgarian reader?

I work with people, most of them designers, who are a human resource underused by society and overused by economy.

Why does design matter for you?

It is a discipline that:  has a visual outcome, is a cultural expression and is closely related to sociology. All three naturally attract me.

What was your intention when you started Depot Basel in 2011 and how has it evolved since then?

We were interested in an alternative context for the ongoing discussion and presentation of design. After the showroom, the gallery, and the museum – what can be the alternative for the 21st Century? We figured a place for contemporary design, which temporarily appears in different places, is required. A formula that adapts to contemporary conditions instead of following predefined classifications. And a place that offers an experiment for design. Rebekka Kiesewetter and I are trying to establish our model in the cultural and commercial landscape by finding ways to sustain it and  prove that the alternative context we are offering is needed.

It was a way to underline our convictions and atthe same time we wanted to request that the designers  think about their own attitude. The ongoing project offers an informal context for reflection, friction and debate and is not conclusion focused. But it naturally generated a lot of content that you can see in the online publication we put together with Christophe Clarijs. It is online, because we also wanted to make the material accessible to those  who didn’t join the Forums. www.forumforanattitude.com

During your residency in Jan van Eyck you researched ways and means of display. Certainly how things are presented affect our ideas about them. Is display another mean of communication for you?

Methodologies of display and what the cultural and commercial display has in common already had grabbed my attention  when we moved at the end of 2013 to our current location atthe former Bureau de Change at Voltaplatz in Basel. We have generous window facades that are visible 24/7. It underlined my attraction to displays that have total accesibility. The Museum of Modern Art in Warsaw, a former furniture store and a glass pavillion, is like a giant transparent display. The window lures many people in to look at art like shops lure people in to look at goods. They are asked to go in. It’s a paradox to me why you would design a building like the new extension of the Kunstmuseum Basel, that offers the impression that it wants to exclude people from coming in. In a way it communicates arrogance.

How would you relate to Enzo Mari’s statement “design is only design if it communicates knowledge”?

I am much more interested in what the current generation of designers have to say about design. They influence how we communicate knowledge today.

Having in mind what is happening around the world today, empathy is undoubtedly an important topic. Does design have a relation to it? And in what way?

I think whatever happens today also happened in the past. And empathy should be common sense, not an exceptional state that occurs when it is really becoming problematic. The other day I read about the drowned Syrian boy and the sudden flood of donations for migrants after the picture was published in the media. Three days later the generosity stopped because no one showed any more images to make anyone feel guilty.

Is there something that concerns you about the state of design today?

I would answer this each time differently. But currently I am interested in changing the award system in design: the categories, the definition, the jury, the communication. If I would get offered a research budget and find someone that is interested in a new concept for it, I would start working on it right away.

Can you make a prediction what will be design profession in the future?

I like Jacopo Sarzi definition in ‘Design Date’ we initiated at the Victoria & Albert Museum during London Design Festival in 2014, where he said that he sees the role of the full time designer that we know nowadays a bit like Mary Poppins. He or she will come when really needed, just for the time needed. And for the rest of the time everyone will conduct the work of a baker, binman, chemist, bus driver, midwife, waiter, mechanic, and similar.