On June 18th, 2016,  the professional design forum of the festival will be held at the House of Culture “Boris Hristov” (Ul. Gladstone 15).

Moderator: Matylda Krzykowski
She is a designer and curator, co-founder and co-director of Depot Basel, place for contemporary design, Switzerland 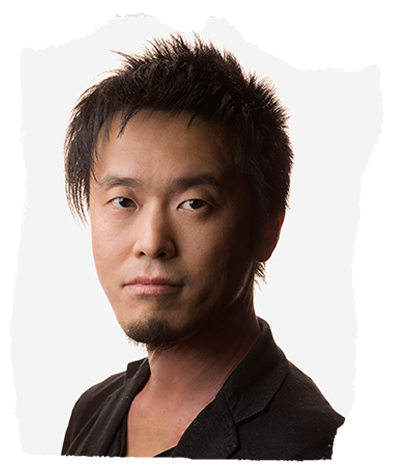 Founding NOSIGNER while still a student, Eisuke Tachikawa is a design strategist who pursues a multi-disciplinary approach to design. Today, he serves as CEO of NOSIGNER, and strives to produce social innovation through his activities. He has provided a wide range of innovative design encompassing science and technology, education, local industries, and more.   Eisuke’s works have been acclaimed internationally, winning numerous global awards: Design for Asia Grand Award, iF Design Award, PENTAWARDS PLATINUM, SDA Grand Award, etc. He was also appointed as the concept director for the Cool Japan Movement Promotion Council by the Japanese government.   Alongside his career as a designer, Eisuke is a passionate educator. He inspires students through his workshops on “Grammar of Design” and advice on design and innovation. He currently teaches at the University of Saint Joseph Department of Design, Keio University Graduate School of System Design and Management and Hosei University.   Eisuke holds a Masters degree in Architecture from Keio University Department of Science and Technology. 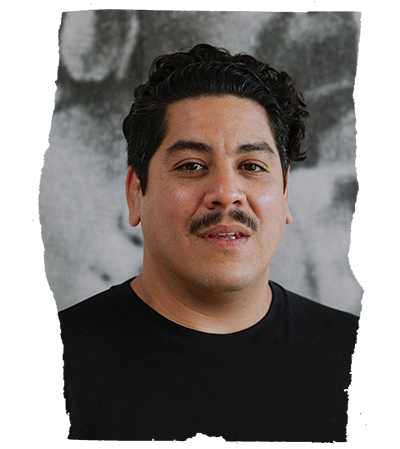 The young graphic designer begins his career right after graduating from the Art Center College of Design in Pasadena, California, and his postgraduate work at Werkplaats Typgorafie in Arnheim, Holland. His works have been displayed on international expositions and events. In 2014 he was among the participants of the exposition “Work from California”, part of the famous design gathering in Brno.

It’s a curious detail that Stephen Serrato teaches graphic and communication design at the Art Center College of Design in Pasadena, California. In 2015, the College was ranked 6th in the ranking of the prestigious magazine The Economist.

Supported by Embassy of the United States in Bulgaria. 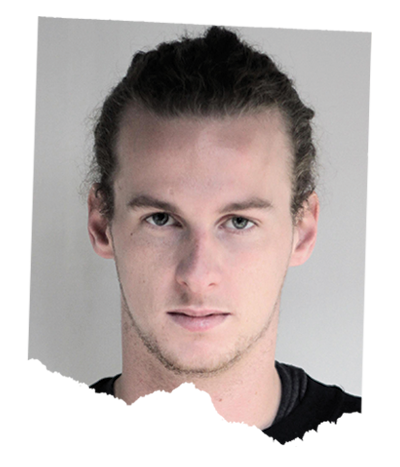 For Pieter-Jan Pieters, the founder of OWOW, premeditated fun and intuitive perception stand at the center of his work. Starting with his graduate work in the Design Academy Eindhoven, the visionary Dutch institution that offers an education outside of the box, he made a connection between the motions of the human body and music. Sound on Intuition consists of five beautifully designed instruments of minimalistic form, which recreate the free and rhythmical movement of the body with musical tones. The hand moving through air is a wavy sound, the tap of a foot or finger is the drums’ tempo, the heartbeat – a beautiful combination of musical fragments, drawing – a flowing ‘scan’ of musical notes.
Pieters’ 2011 graduate thesis received numerous awards, and naturally evolved into the focus of his work when he founded OWOW a year later. The acronym stands for The Omnipresent World of Wiz Kids, and as such it gathers experimenters from the worlds of production design, conceptualization of the future, web design, programming, engineering, electronics, and others. The studio focuses mostly on creating musical, highly technological and easy to use instruments and applications for them. Innovation, design, technology engineering and fun are held in high regard. The long-term goal of OWOW is to retain its audacious kid’s imagination and genuine curiosity toward everything new and interesting. Four years later, the studio still does what it loves, without betraying its original philosophy. Even their commercial partnerships are with companies that they like. And if during dinner your phone’s signal is jammed, you might’ve stumbled onto their social button.
Supported by Creative industries fund NL.

With the support of Creative Industries Fund NL. 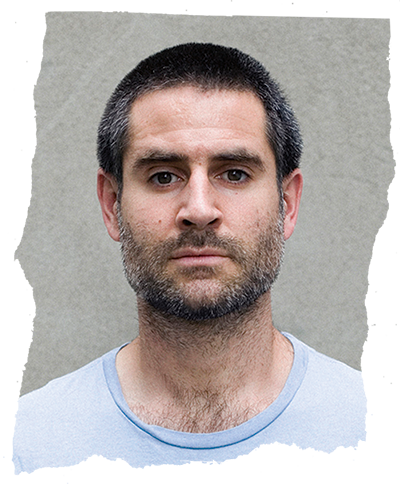 Peter Marigold starts his career as a sculptor and theatrical scenographer. However, in 2005 he changed his vocation and went to study product design in Ron Arad’s class at the Royal College of Art. The former turns into his mentor and admirer. After his graduation, Peter Marigold remains true to the calling and focuses his work entirely on furniture design. Some of his most popular, unusual and innovative designs are home items such as shelves, tables and chairs.

As soon as 2008, he’s nominated for the Design of the Year award at the Design Museum London, for his Make/Shift series, the ideas of which are the foundation of many of his subsequent projects. The subjects are shelves made from different materials, which thanks to their form allow different configurations depending on the available space and way of placement. Then follow participations in the Design week in Milan with the exposition “Great Brits”, and an invitation from Paul Smith to create the brand installation for the same expo. Ever since, Peter Marigold has been a permanent presence at the most significant design event in the world. In 2009, he was distinguished with Swarowski’s Designers of the Future award for Design Miami in Basel. The British designer’s objects have also been displayed at MoMA, at the Vicoria and Albert Museum, the Holon Design Museum, and 20_21 Design Sight in Tokyo. Even though he prefers to work with wood, his work with other materials such as porcelain for Meissen, Kashmir for Oyuna, and textile for Kvadrat, is also impressive. 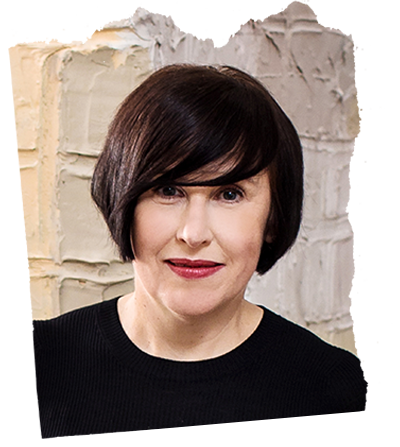 Alice Rawsthorn is the most preeminent, acclaimed, and relevant design critic. She studies the subject’s history, juxtaposes important developments with their reflection in the present, and forecasts their future influence. Her work clearly shows how design changes and optimizes our lives into being more meaningful, resistant, optimistic, and well-functioning. Rawsthorn’s many years of expertise include being a columnist for a number of prestigious publications (NY Times, Frieze, W), authoring  books (Hello World: Where Design Meets Life, Yves Saint Laurent: A Biography), lecturing (TED, World Economic Forum – Davos, Design Indaba), as well as working on curator projects through which she’s reached millions of people worldwide. Alice Rawsthorn excites with her unique style, and she’s become the absolute authority on design through her professional achievements.

Alice Rawsthorn was born in Manchester, graduated in Art History at Cambridge University, and subsequently became a journalist. Between 1985 and 2001 she was the Financial Times’ foreign correspondent in Paris, and as such she received numerous awards, chiefly because of her pioneering work in transforming the subject of creative industry into something that’s pertinent, necessary, and important to society. Between 2001 and 2006, Alice Rawsthorn was director of the Design Museum in London. During this time she was invited to be a design critic for the New York Times. She’s a jury member in several distinguished and popular art, design, and architecture competitions (Turner Prize, Stirling Prize, PEN History Book Prize, Buckminster Fuller Challenge, BAFTA). She’s been credited, as a chief consultant for the Arts Council England (2007-2013), with the record increase of public expenditure on visual arts. 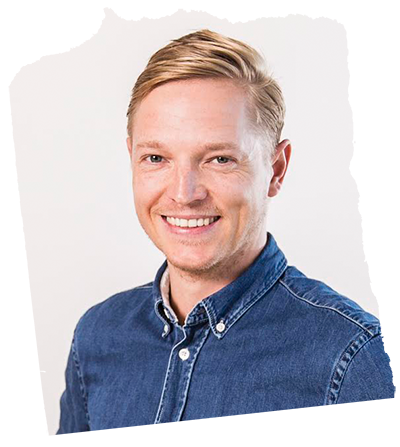 The Journalism graduate Adam von Haffner is part of the Danish non-profit organization INDEX: Design to Improve Life®, in which he’s responsible for the global communication strategy. The moto “We Inspire, Educate and Engage in designing sustainable solutions to global challenges” is successfully present in all the organization’s activities. One of its most important projects is the INDEX award, which is known as one of the most significant in the industry, due to its unique profile. It distinguishes projects and ideas, which use design as a means of creating a better life in a global perspective.
Authoritative sources qualify the INDEX Design Award as the Nobel Prize of design. In 2011, the design critic Alice Rawsthorn (also a lecturer at the ONE DESIGN WEEK 2016 Forum) writes for the New York Times: “INDEX: has emerged at the forefront of one of the most important developments in contemporary design: the reinvention of design practice from a predominantly commercially driven discipline into one that also pursues social, political and ecological objectives.”

The last edition of the award broke all previous records by attracting 1123 candidates from 72 countries. The notable submissions range from a mobile app that helps the blind, a portable thermostat, to self-driving cars. Adam von Haffner has been responsible for the organization’s entire communication strategy since 2005, making a successful contribution to its good image In social media. He’s also at the core of other significant INDEX projects.